The Olympics and Slavery: Good News 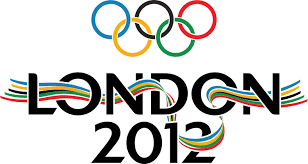 I am so excited for the Olympics! I don’t have regular TV stations (I just watch unthinkable amounts of Hulu and Netflix through the television), so my roommates and I are going to a sports bar down the street to watch the opening ceremonies. The Olympics are a beautiful picture of many countries coming together for some fun and healthy competition. They are an image of peace and multiculturalism to people around the world. All this to say, I am not trashing the Olympics.

I do think, however, that it is important to recognize that when a large sporting event comes to a city, many young, trafficked girls are brought to that city, to be raped for the profit of the people trafficking them, and many souvenirs are made in sweat shops. The Olympics are no different. Luckily, thanks to Play Fair 2012 and Antislavery International, the London Olympics may be the most slave free Olympics in modern history!

Both Play Fair 2012 and Antislavery International worked with the Olympic organizers for the London Olympics to put in practices that one, ensure that official memorabilia of the Olympics was made by people treated fairly, and hotels and law enforcement have been instructed to be extra vigilant about the people they see and are to report any signs of prostitution by young girls.

This is so encouraging because it proves that online petitions and work of grassroots organizations can make a huge difference! All in all, this is great news.

Never the less, it is still important to raise awareness about slavery. Even with the extra efforts, slavery in the form of forced prostitution will still occur in mass at the London Olympics, simply because not enough people know about it. Therefore, please use your voice to raise awareness about this horrific problem and thank God that steps are being made to stop it.